We here follow up with an epitome of the important discussion of Gerhard Kittel and his distortion of the O.T. text (adopted to this day by modern versions). Here are important excerpts from R. P. Ericksen's Theologians under Hitler (Yale U. Press, 1985), Chapter II:


"One clue is that [Kittel] was a National Socialist.  ...Kittel was a charter member [of the Nat. Inst. for the History of the New Germany], and he gave his expertise and reputation to the [Research Section on the Jewish Question] from 1936 onward.
In 1947...J.R. Porter (Theology) praises Kittel's "profound biblical scholarship" with no reference at all to his unseemly politics.  ... German historians have shown little interest in Kittel.  [But] his self-proclaimed role as theological expert on the 'Jewish Question' make him an important figure, especially under [the Nazi] regime.
...[Historian] L. Siegele-Wenschkewitz (1978) makes several mistakes;...to discuss 'Gerhard Kittel and the Jewish Question' and ignore his increasingly harsh work after 1933 is at best misleading. ...[she] also ignores much of the harshness of Die Judenfrage, harshness which Kittel himself acknowledged and justified, pleading with [German] Christians not to become sentimental or soft.
She says, 'From a sympathizer of the presumably moderate Fuhrer, he became an opponent of the National Socialist politics of destruction.'  ...It seems clear that after a short time Kittel saw the error of his ways.  she concludes that Kittel's chief error was to misunderstand Hitler and his real attitude towards Christianity.  [Yet] there is very little evidence that Kittel experienced a change of heart prior to 1945, despite the abundant evidence [available to him] to correct his misunderstanding.
Kittel produced a body of work between 1933 and 1944 filled with hatred and slander towards Jews and warmly supportive  of National Socialist anti-Jewish policies (Siegle-Wenschkewitz has acknowledged this more recently).
...He took an evil stance.  It may or may not have been proper to try, convict and imprison Kittel in 1945. ... But it is relatively easier to conclude that Kittel was wrong, whether or not he was criminally guilty.  ...
He was linked to the single most objectionable aspect of Hitler's reign, the Jewish policy.  On both counts Kittel was singularly and distinctly wrong. ...
(Ericksen, p. 28-31)

Shopping for a NT Text-Critical Theory 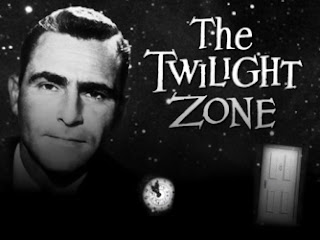 Imagine if you will, a world where sound collides with color, where the boundaries of time and space are blurred, and where the improbable and impossible thrive, and coexist side by side.    Yet this is no dreamworld... its the everyday world of the New Testament Textual Critic.  Of course you knew that already.

But now let us suppose an even more fantastic occurrence: truth in advertising.  Imagine all the glitz and packaging has been stripped away;  the misdirection, the sleight of hand, the magician's banter, the sexy assistant, the clever lighting, all removed, leaving all offerings naked and vulnerable, their ugly secrets exposed.

In such a world, open to the sunshine, the 'goods' dangle lamely, completely transparent to the buyer.  Let us enter, and find what proposals await the Christian who searches for the normally elusive and difficult to identify 'word of God', in its purest and most direct form.

Door # 1:  The Traditional Text.
It is called the "Textus Receptus" (TR), the Byzantine Text-type (Byz.), the Majority Text, the Traditional Text, the Antiochian, the "Syrian", the Lucian Recension, and the 'Late text', almost interchangeably, depending upon who is talking and when. 1

Even most of its detractors will admit that this NT text has been used by Christians throughout Europe from Spain to Russia, for at least a thousand years, from the 9th century to the 19th, with very little variation.   It has been used by Greek Orthodox, by Roman Catholics in Latin translation, and even accepted by Protestants for some 400 years from 1500 to 1900.   It is admitted to be the text found in most of the 5,000 surviving handwritten Greek copies, and 20,000 Latin copies, spanning this period.

But it has its problems:

(1)  There is no complete copy of this text older than the 4th century.  Most of its 'readings' can be traced back to the 2nd century, through papyri, 'Versions' (early translations) and early Christian writers (ECWs), but there is no complete copy for this text in its entirety.   Earlier witnesses seem to show instead wild 'mixed texts' with individual readings coexisting alongside rival readings of other text-types.

(2)  A few standard verses lack the support of a majority of witnesses.  For instance, the infamous Johannine Comma (1st Jn 5:7-8) and a verse or two in Acts have little support from any Greek manuscripts.

(3)  The Traditional Text has some secondary features.  The text appears to have evolved slightly, with grammatical and stylistic changes reflecting the Greek language as it was later used.  This places a 'layer' over the text, and distances it from the presumed 'original'.   Spelling and syntax have been standardized over time, removing some of the idiosyncrasies of individual writers and early form, making it somewhat 'artificial'.   Possibly even a few readings have been harmonized with parallel passages.

Door # 2:  The Critical Text.
Also known as the "Alexandrian", Egyptian, Uncial, or 'Neutral' text.  This text has been constructed mainly or almost exclusively from favorite 4th century Uncial manuscripts (the oldest available in the 19th century), notably, Codex B (Vatican 1209) and codex א (Sinaiticus).  The theory was, older was better, and closer to the original.

The main problems with this text are:

(1)  The 'critical' text ignores the text contained in 95% of manuscripts. All the later copies are dismissed as 'secondary' and ignored.  This in effect forms a claim against the NT used by the majority of Christians throughout history.  The presumption is that the original text was interpolated and altered so badly that it was essentially 'lost', preserved only in a few unused documents.   For extreme Protestants, marginalized sects, and even atheists, this is not so hard to swallow.  The NT supposedly suffered the same fate as ordinary books that were hand-copied.  But to buy this, one must abandon any distinct doctrine of Providential Preservation or Divine guidance granted by God to Christians.  The 'originals' are presumed lost, and any text now reconstructed is neither original nor 'inspired'.   The critical text is a conscious rejection of the traditional text (see above).   It necessarily involves limiting 'divine inspiration' to the (now lost) autographs, and downgrading the authority of currently printed Bibles of every type.

(2)  The 'critical' text is riddled with errors.  There is little doubt that critics have succeeded in collecting together many common readings from the 2nd to 4th centuries.  Unfortunately, many of these, while legitimately reflecting earlier texts, are quite obviously scribal blunders.  Critics have not so much reconstructed 'the early text', as they have compiled a catalog of genealogically propagated boners.  The main principle used, "Prefer the Shorter Reading", was supposed to be based on scribal habits, but it is now known that scribes tended to accidentally omit lines 2 to 10 times as often as they 'interpolated'.

(3) The 'critical' text ignores the earliest evidence.  Subsequent discoveries in the last century have provided many early papyri and fragments, averaging 100 or more years earlier than 4th century Uncial copies.  If the same principles were applied today (i.e., use only the oldest MSS, prefer the shorter reading) we would have a quite different 'critical text'.  The new text however would still be basically an Egyptian text, because all the papyri come from Egypt.  The early evidence is simply too narrow geographically.

(4)  There is no reason for Christians to switch to the critical text.  Since the critical text cannot be shown to be 'better' in any significant way than the traditional text, there is no reason to prefer it over the text that Christians have used for nearly a thousand years.  Nevertheless, most 'modern' translations are based on this poorly constructed and now outdated text.

Since the first two options above are really the only game in town, the only third option for the savvy shopper is to reconstruct his own text.  This is not impossible, but one may wonder what kind of result will follow.

Here are the Problems with Option 3:

(1)  The Individual becomes Judge over the text.  The obvious danger and temptation is for the individual to simply pick and choose readings he or she likes, and reject unpopular readings.  The NT becomes a 'salad bar', and each individual creates his own 'Bible'.   One can see that even if relatively well-done, the text is being filtered through individual bias and ignorance.

(2)  The Authority of the Text is eroded.  Its hard not to see that the very nature of what a 'Bible' is will change, if individuals are allowed to customize their own texts to any great extent.  'Heed the word of the Lord' becomes now 'Choose what you will heed from the Lord.'

(3)  The Nature of Faith and Belief is Altered.  One's belief about the Bible would be fundamentally changed.  One now must adopt a belief that 'the Bible' is more like a quest, an archaeological dig, or a treasure-hunt.  One no longer believes in a publicly delivered clear and common message from God to all.  It is now something akin to 'cat and mouse', with a personalized individual message, differing from person to person.

Welcome, to ...the Twilight Zone.


1. To be fair, many will meticulously document distinctions between these terms, both in specific readings, and in real or imagined histories and pedigrees. But when all is said and done, every permutation and edition, every 'version' of this text, is to all intents and purposes virtually identical in content. Even with some 6,000 variants between manuscripts, even with a few stunning differences (e.g., 1st Jn 5:7-8), a person would be hard-pressed to come up with a really critically important difference among the witnesses and editions of this text. Most variants don't significantly affect actual translation, and the few that do amount to a mere handful of minor disputes.
Posted by roguephysicist at 4:14 AM 1 comment: